DETROIT — Kwame M. Kilpatrick, the former mayor of Detroit, stood before a federal judge on Thursday and apologized for putting the people of his city through a corruption scandal so vast that prosecutors say it helped accelerate Detroit’s march toward bankruptcy. 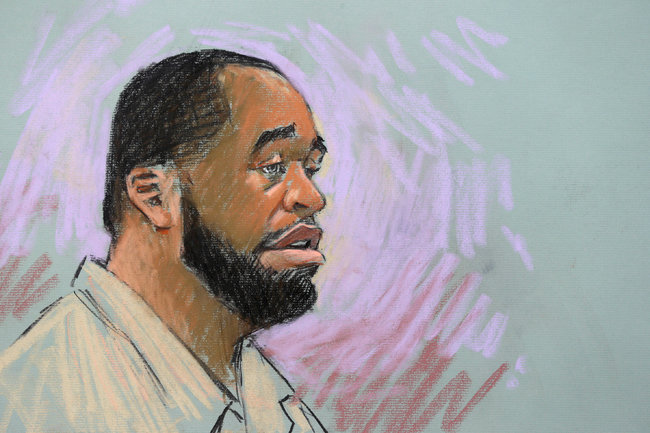 “They’re hurting,” Mr. Kilpatrick said. “A great deal of that hurt I accept full responsibility for.”

They were solemn words from the formerly boisterous figure, a bear of a man at 6 feet 4 inches who many believed would lead Detroit out of its long economic downturn. But on Thursday he stood slouched, wearing a tan prison uniform instead of the flashy suits he once favored. Court officers replaced the entourage of bodyguards that used to follow him around. The diamond that once studded his ear, an emblem of his reputation as the “hip-hop mayor,” was gone.

Then, declaring an end to the bribery and thieving that marked the Kwame M. Kilpatrick administration, Judge Nancy G. Edmunds of United States District Court imposed the sentence prosecutors had sought: 28 years in prison.

Mr. Kilpatrick, 43, was convicted in March of two dozen counts that included charges of racketeering and extortion, adding his name to a list of at least 18 city officials who have been convicted of corruption during his tenure. His punishment ranks among the harshest major state and local public corruption cases.

Lawyers for Mr. Kilpatrick said that they intend to file an appeal of the convictions and sentence.